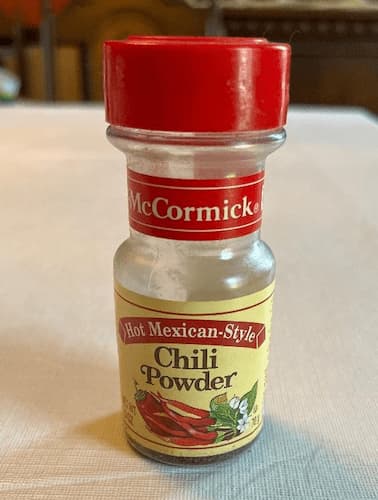 Chili Con Carne is defined as a stew with meat. Meatless recipes should be called vegetarian chili or simply “chili”.

There are over 140 varieties of chili peppers.

Capsaicin is the chemical that puts the heart in chili. It is measured on the Scoville scale.

Only mammals are sensitive to capsaicin. More on Capsaicin.

One green chili has the vitamin C of six oranges.

The hottest hot pepper in the world is the California Reaper, at 2,200,000 SHU (See Scoville Scale)

Contrary to popular belief, chili is not common on menus in Mexico.

Chili was believed to be first created in San Antonio, TX.

Chili was a favorite meal of cowboys.

The first Chili Cook-Off was in 1967 at Terlingua, TX.

President Lyndon B. Johnson loved his chili, and he loved it hot. His favorite recipe was called “Pedernales River Chili”, named after his Texas ranch.

Some cultures put chili powder in their choice to keep their feet warm.

How to Grow Peppers