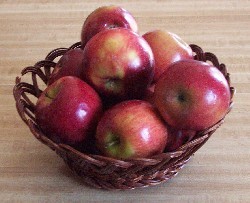 Here is a collection of Apple trivia and fun facts: